In 2017, CCMTA dedicated its Recognition of Service presentation to Sean McAlister in his memory. Sean was well-known within the CCMTA community, having served as both staff and volunteer with CCMTA at various times throughout his career. Sean was a devoted employee of CCMTA in the late 1980s and 1990s, and then moved on to the BC provincial government in 2000 and maintained his relationship with CCMTA by serving as the BC member of the Drivers and Vehicles Program Committee. A respected authority within the compliance and regulatory sector as well, Sean’s consulting work post 2000 ensured he stayed connected with CCMTA and with the Program Committee on Compliance and Regulatory Affairs. Sean passed away on August 20, 2016 after a courageous battle with cancer.

Recipients are recognized throughout the year upon their departure or retirement. If appropriate, recipients may be recognized at the Annual Meeting.

CCMTA has honoured the following individuals so far this year: 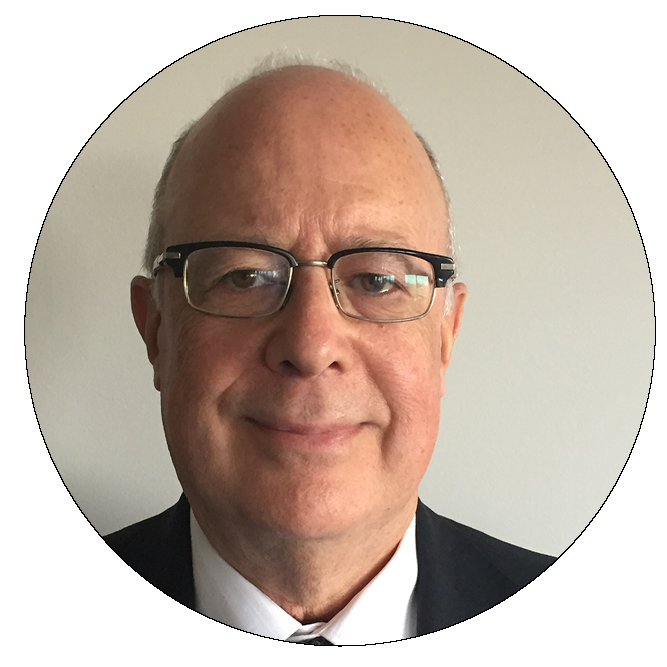 Dr. Swirsky has represented Manitoba on the CCMTA Driver Fitness Overview Group (DFOG) for numerous years. During his time on the Committee, he has spent many volunteer hours providing expert feedback, reviewing, and editing the CCMTA medical standards and in doing so needed to research specific medical conditions, compare them to other published literature, and provide guidance for sound decision making. He was also instrumental in spearheading the work to develop a new national, evidence based medical standard in 2010. In 2017, he was recognized by his peers and bestowed the CCMTA Jennie Howie Government Member Award in recognition of the time, effort, and expertise he provided to the national cause which has benefited all Canadian provinces and territories. In late October 2022, Dr. Swirsky embarked on a well-deserved retirement. CCMTA thanks him for his contributions and wishes him well in his retirement. 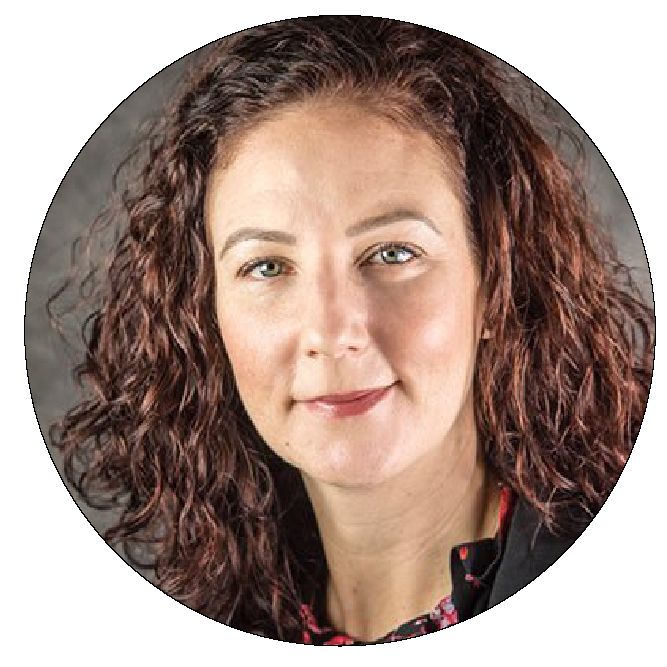 After more than 10 years as an active participant of CCMTA, Wendy will depart Alberta Transportation to assume a new role. During her time with CCMTA, Wendy has represented Alberta on both at Road Safety Research and Policies (RSRP) and the Compliance and Regulatory Affairs (CRA) Program Committee and chaired the RSRP Committee from 2015 to 2017. Her contributions to both CCMTA and the broader road safety community have been significant; including contributing to the creation of RSS2025, co-chairing the automated/connected vehicles group responsible for producing the AV guidelines, participating in numerous CCMTA working groups over the years dealing with commercial vehicle safety issues and road safety research initiatives. Wendy was recognized by her peers in 2016 when she was bestowed the CCMTA Jennie Howie Government Member Award. Wendy’s knowledge, insights, and commitment to CCMTA will be greatly missed. We wish her much success as she embarks in the next phase of her career. 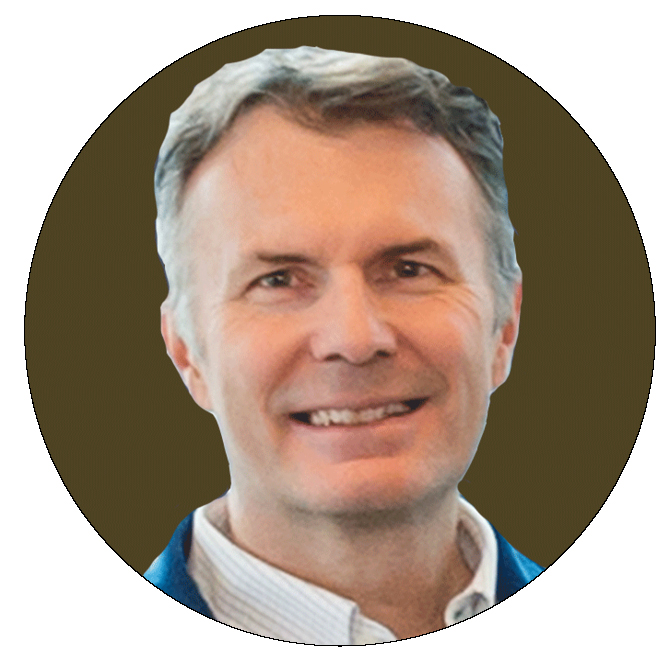 After nearly 20 years as an active participant of CCMTA, Harold will embark on a well-deserved retirement at the end of October 2022. During his time with CCMTA, his contributions to the Driver’s and Vehicles Program Committee and the broader road safety community have been significant; including chairing the Committee from 2007 to 2008. Harold has contributed to Canada’s road safety through his participation in the Canadian Drivers’ Licence Agreement, vehicle safety initiatives, automated/connected vehicles, and DL reciprocity issues, just to name a few. Harold’s insights, knowledge, and commitment to CCMTA will be greatly missed and we wish him much joy and happiness in his retirement. 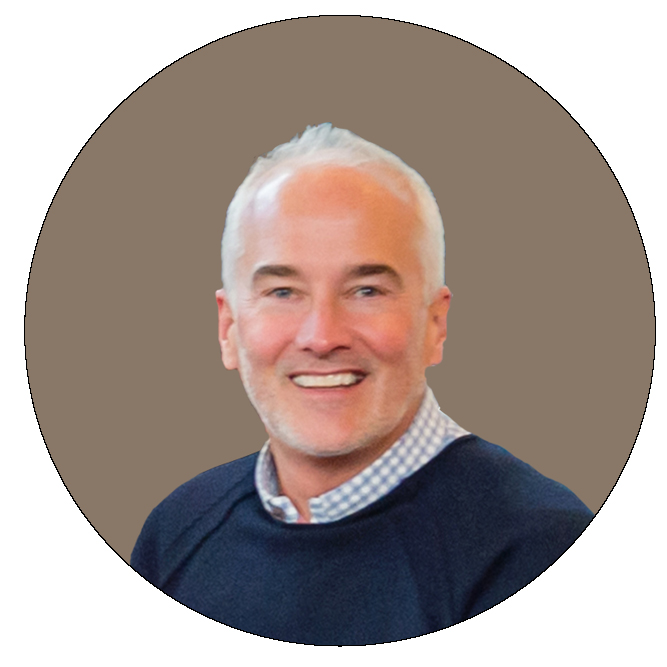 Jerome has represented British Columbia on CCMTA’s Road Safety Research and Policies (RSRP) Program Committee since July 2015. During this time, Jerome has contributed to Canada’s road safety through his participation in road safety research, education, awareness, and data initiatives, in the areas of distracted driving, drug and alcohol impaired driving, vulnerable road users and young/novice drivers. Jerome is valued by his colleagues across the country for his collaboration and ability to find solutions to collective road safety challenges impacting Canadians. In June 2022, Jerome embarked on a well-deserved retirement. CCMTA thanks him for his contributions and wishes him well in his retirement. We will miss his enthusiasm and positive nature. 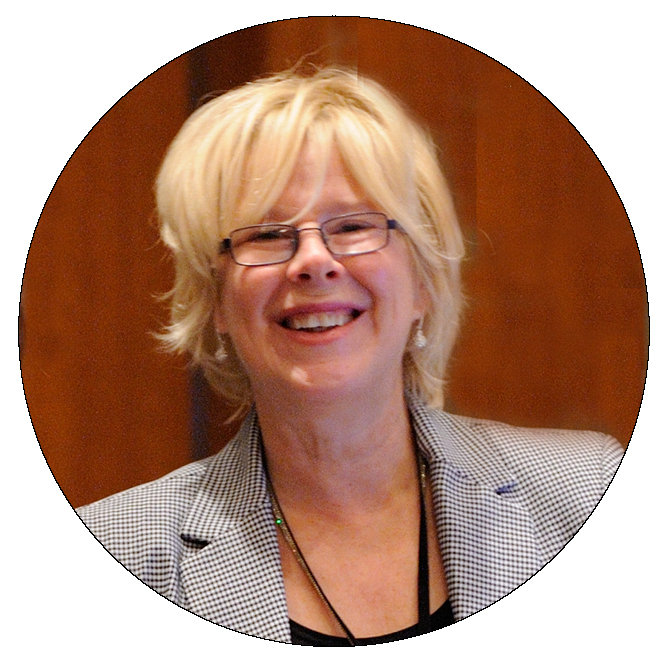 Val’s dedication to CCMTA has spanned 29 years. She joined CCMTA in 1993 where she took on a variety of roles, which included providing exceptional administrative support to the CCMTA staff and organizing CCMTA’s Annual Meeting. Val subsequently went on to become the Program Manager for the Road Safety Research and Policies (RSRP) Program Committee where she oversaw a number of projects, including the RSS 2015 and 2025. Looking for a new challenge, Val took on the position of Program Manager for the Drivers and Vehicles (D&V) Program Committee. In this role, Val led many projects including updating of National Safety Code (NSC) Standards, managing all the moving parts of the CDLA document, and leading the workgroup responsible for CCMTA’s publication of Canadian Jurisdictional Guidelines for the Safe Testing and Deployment of Vehicles Equipped with Automated Driving Systems.  In April 2022, Val will embark on a well-deserved retirement. Her commitment to members and dedication to road safety are well-known both within the CCMTA and among external road safety partners. Not only will her departure leave a void in CCMTA knowledge and experience, but CCMTA staff and members will truly miss her sunny demeanor on a daily basis. We wish Val all the best as she begins this exciting new adventure.

February 24, 2022, marked 25 years of service at CCMTA for Rick Vantour.  That is a substantial commitment to CCMTA. Rick’s accomplishments over the years are numerous and he has played an instrumental role in the development and evolution of the Inter-Provincial Record Exchange (IRE). Prior to joining CCMTA in 1997 Rick worked for the province of Manitoba where he also played role in the motor vehicles space.  This jurisdictional knowledge has enabled Rick to better support the IRE network and all jurisdictions in his role with CCMTA. He is recognized for his commitment to members and to the broader road safety community.  Congratulations Rick! 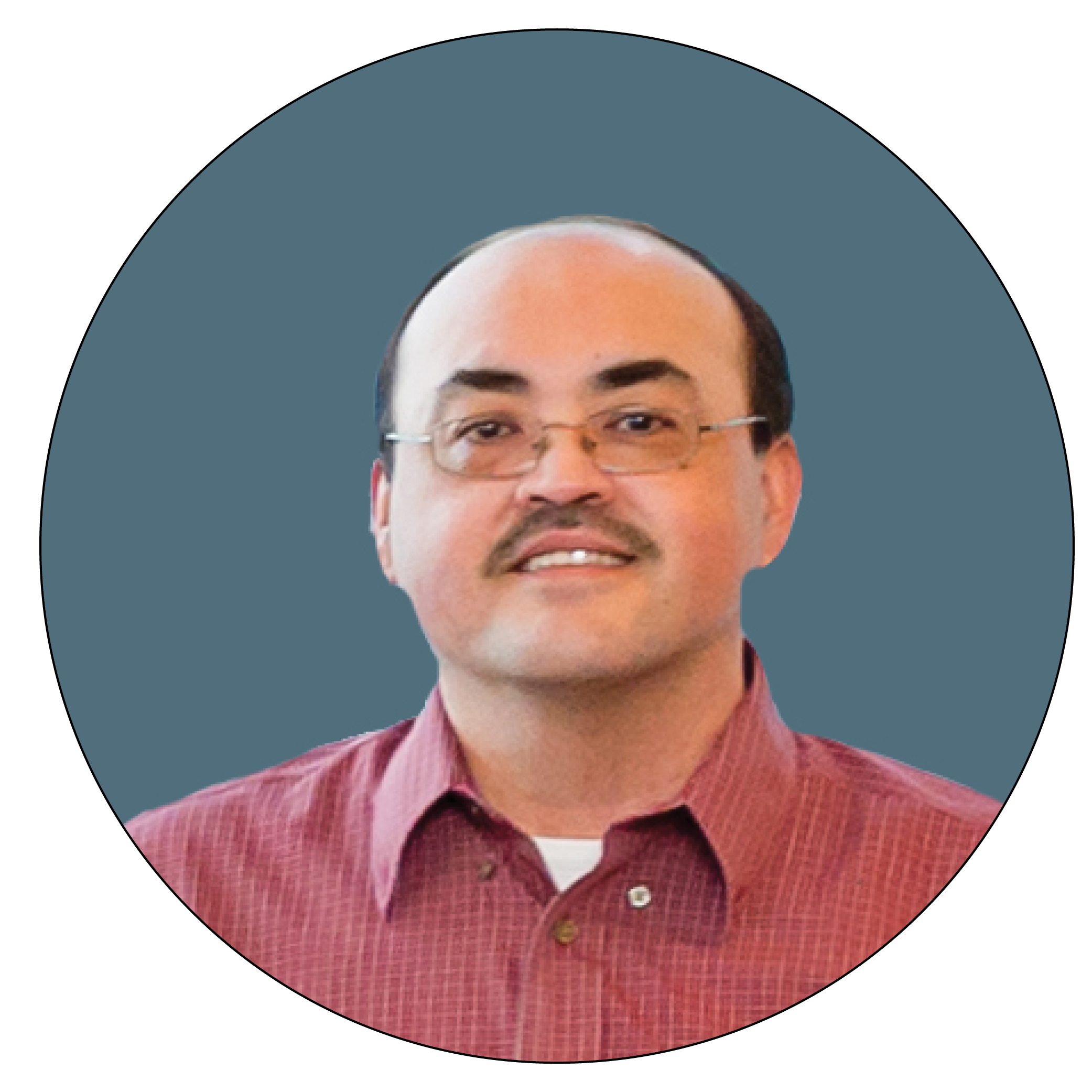 Harris has represented the Northwest Territories on CCMTA’s Compliance and Regulatory Affairs (CRA) Program Committee since the early 2000’s. During this time, Harris has contributed to Canada’s road safety through his participation on commercial vehicle related working groups dealing with hours of service, safety rating, cargo securement and many more. In April 2022, Harris will embark on a well-deserved retirement. CCMTA thanks Harris for his contributions and wishes him well in his retirement. 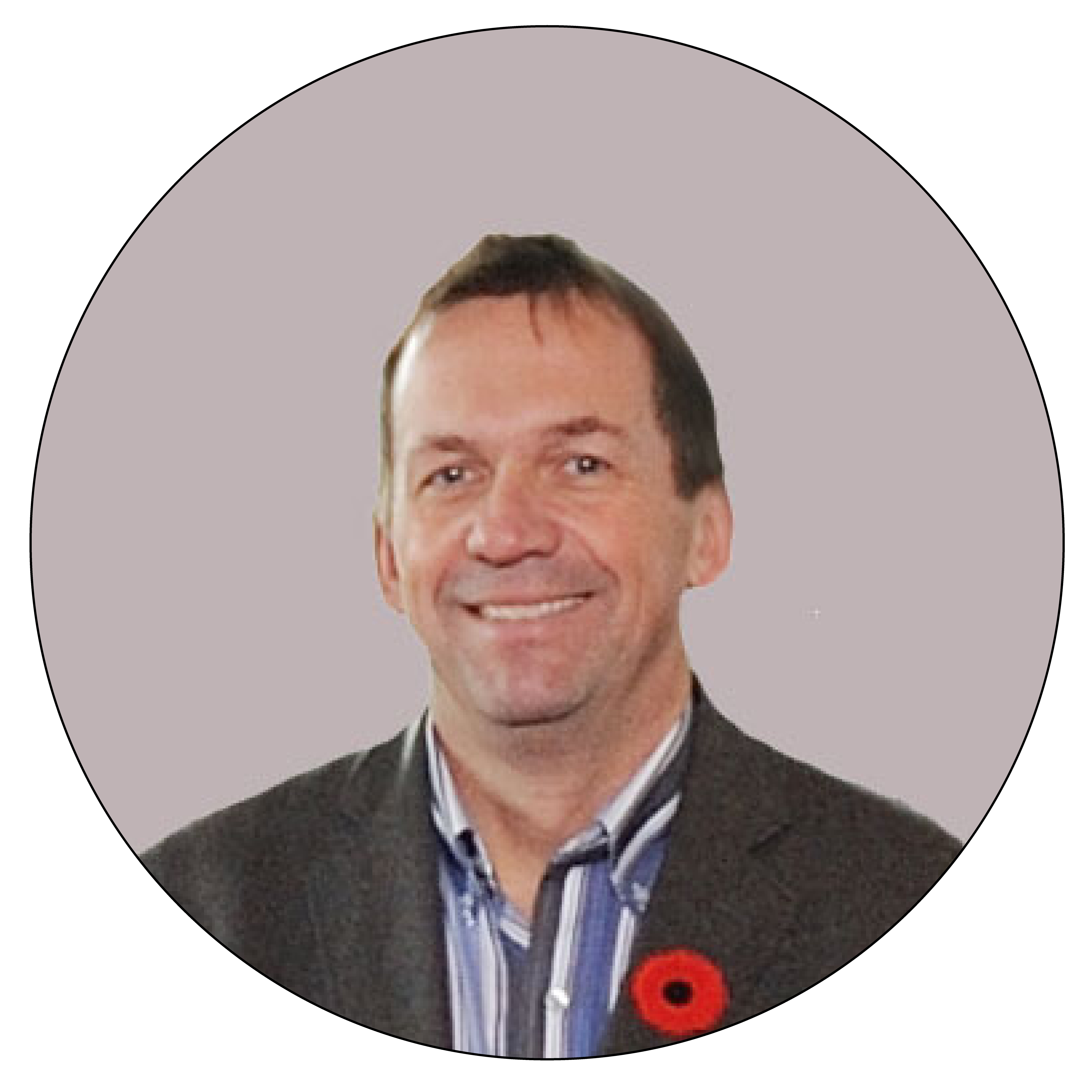 Andrew has been an active participant on the Compliance and Regulatory Affairs (CRA) Program Committee since 2008, during which time he contributed to key files including leading the CCMTA Electronic Logging Device (ELD) Working Group. His knowledge, contributions, and leadership in this area has resulted in the publishing of CCMTA’s Technical Standard on ELDs - a significant accomplishment. Andrew was recognized by his peers when he was bestowed with CCMTA’s Jennie Howie Government Member Award in 2021. Andrew will embark on a well-deserved retirement in March 2022. CCMTA members wish him much joy and happiness in his retirement. 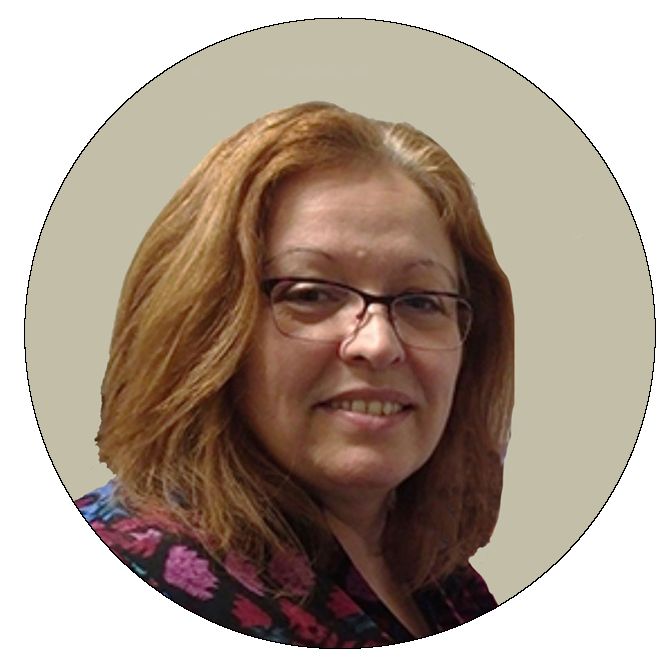 Laura has been an active participant of CCMTA for many years. Throughout that time, her contributions to CCMTA and the broader road safety community have been significant. Members valued her expertise especially in fraud and document authentication.  Recently, Laura led the development of the Acceptable Verifiable Resource List (AVRL) evaluation and risk assessment tool to support the Canadian Driver Licence Agreement (CDLA) – an important national initiative affecting each jurisdiction. Laura is retiring in February 2022. Her ability and commitment to CCMTA will be greatly missed and we wish her much joy and happiness in her retirement.